Our baby and our toddler are both getting so big! William is growing so fast before our eyes! 3 months already!!! I swear it’s going by faster than it did with Natalie!!

We are so blessed to be the parents of Natalie (our 2 year old) and William our 3 month old! Gah! I can’t believe that he is already 3 months today!!

Sister Natalie is still 100% obsessed with her baby brother. She loves this kid to death! She makes sure that his every need is met, and actually we have been working on learning to give Bubba some space, rather than be up in his face all day! But he loves his sister too and usually lights up when I let her hold him 🙂

In order to help that along, Bubba’s baby gym has been moved into the pack and play so he can have uninterrupted play time throughout the day.

But anyways, back to William. If you haven’t met him yet, make time to meet him! He is just the happiest baby out there! I mean look at that smile!

The only time he really fusses is if he is hungry, has a tummy ache/gas, or is ready for a nap. That’s really it! Oh! And teething….yeah it’s already started to kick his little booty!

Not only does he have the biggest smile (just like his daddy), he is starting to give us occasional baby laughs and it melts my heart!

He HATES being on his tummy, but in his defense every small tummy time he has results in him face planting into spitup, so I don’t blame him. He loves “standing up”, he has some strong legs, and/or sitting up. He still has a decent reflux issue, and spits up a crazy amount some days. So I think that’s why those are his favorite positions.

I am about to start ATTEMPTING to log what I eat and drink to see if specific things make it worse or better. (I am the worst at consistency in anything, so this is gonna be challenging)

Anyways, he has a killer strong back arch and is a bit of a wiggle worm to those who try to hold him. He doesn’t like to hang out or snuggle on anyone’s shoulder, he would rather face out and see the world in action.

He is sleeping LIKE A BOSS!! Thank goodness! We started a relaxed sleep training schedule with him from the time he came home from the hospital and it has worked wonders!! When we are home he usually sleeps decent for nap times (I need to get a little more strict on scheduling naps and he will thrive!), but we are still working on sleeping well when we are out and he is tired. He is so used to falling asleep laying in his bed that he actually fights being rocked to sleep unless I’m nursing him as well! He would prefer I swaddle him and lay him in his bed; how crazy! But he is about to outgrow the swaddle, so I need to transition!!

Speaking of growing, We blew through size 1 diapers and basically went from newborn to size 2!! Believe it or not, we are about to make the transition to size 3 due to all the chunkiness!!

He has been in size 3 month clothes for almost a month now, and I wouldn’t be surprised to see him transition to some 3-6m in the next week or so!

So that’s our little 3m update on this dude! I’m sure I left some stuff out so I’ll probably edit more facts in later! But for now enjoy all of these ridiculously cute pictures of William and his family! 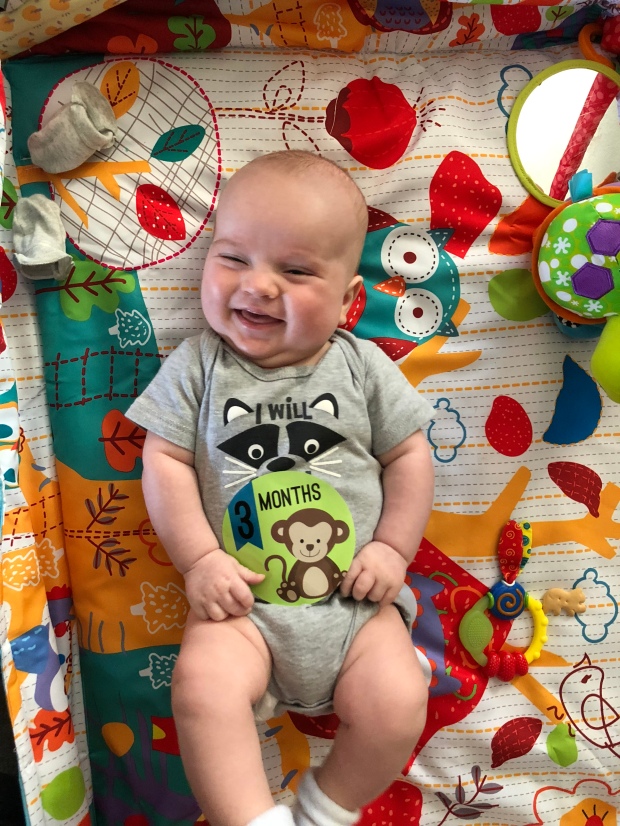 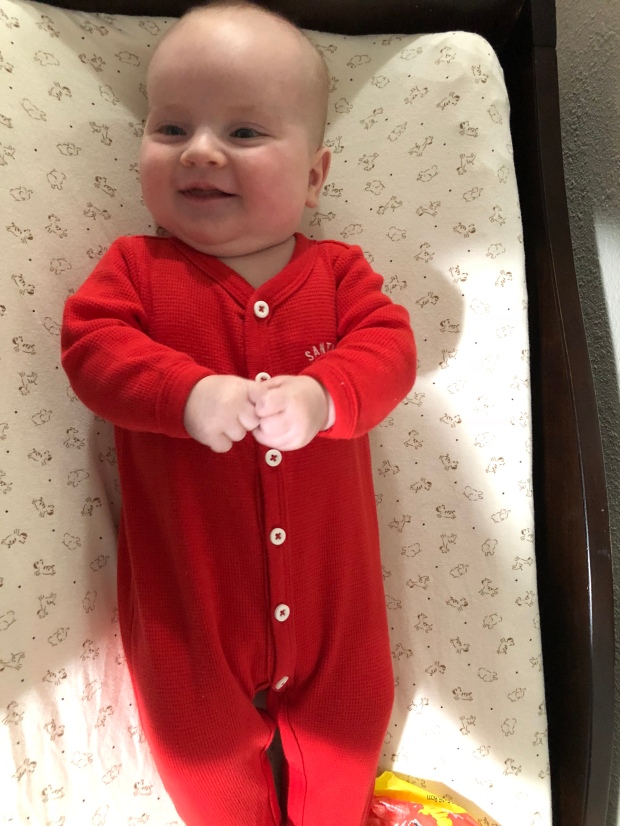 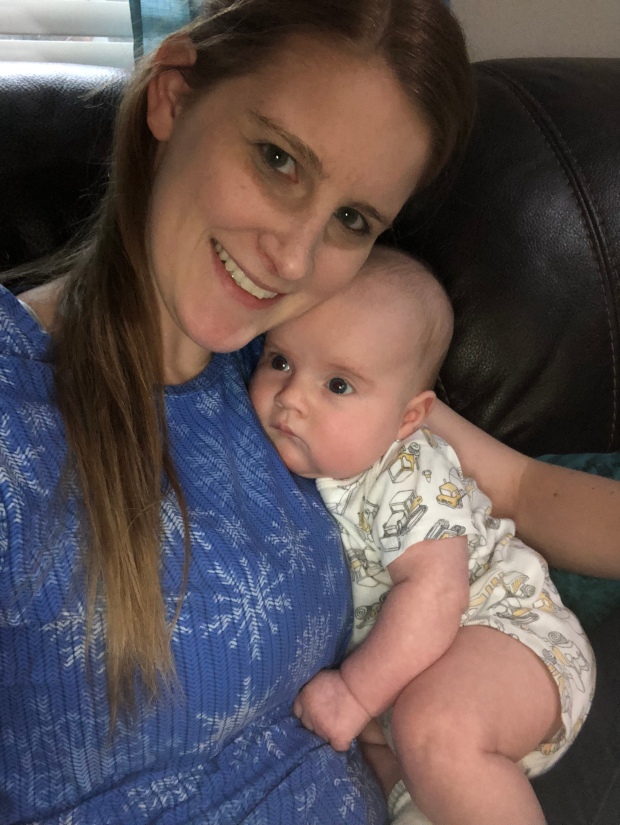 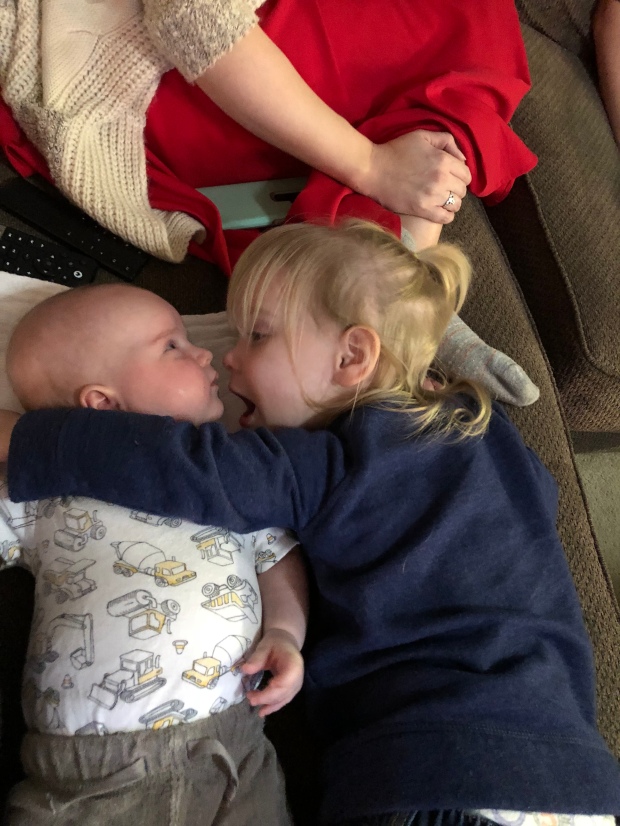 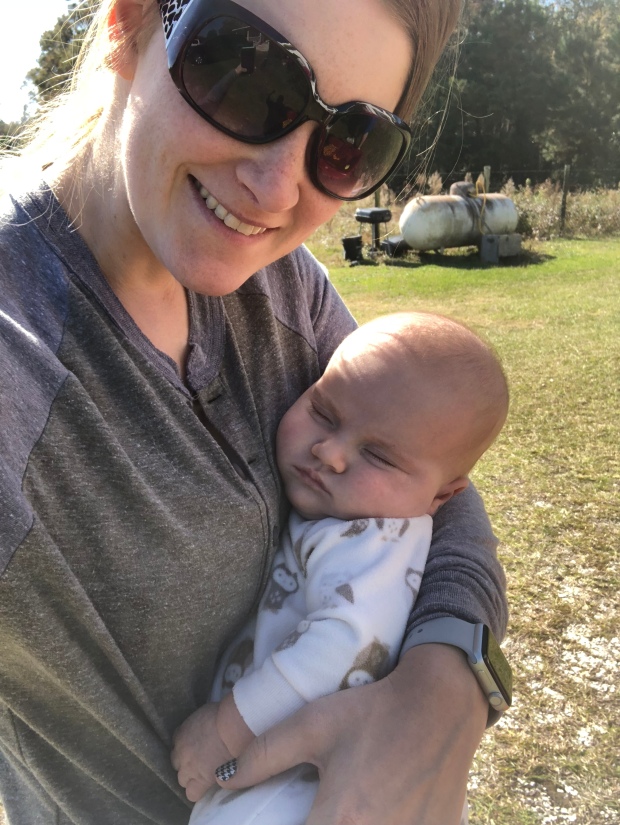 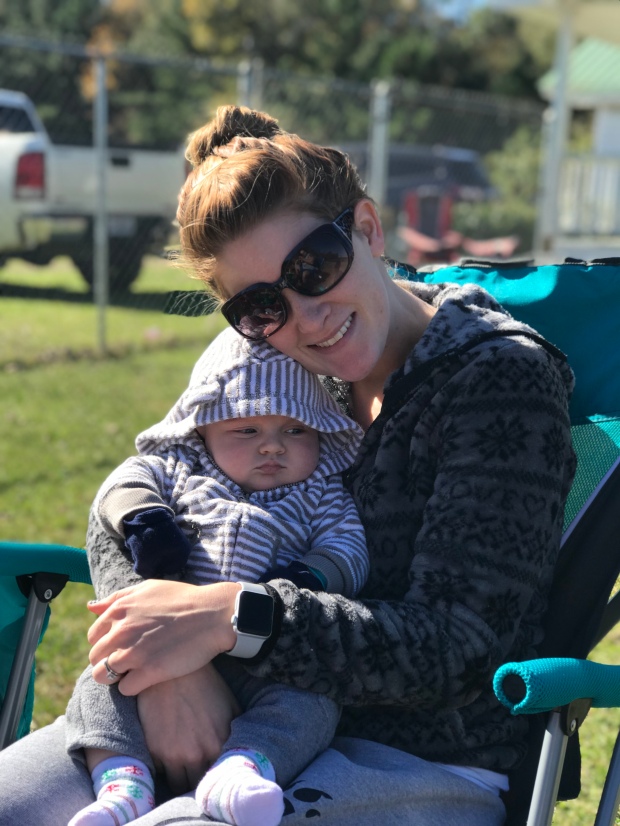 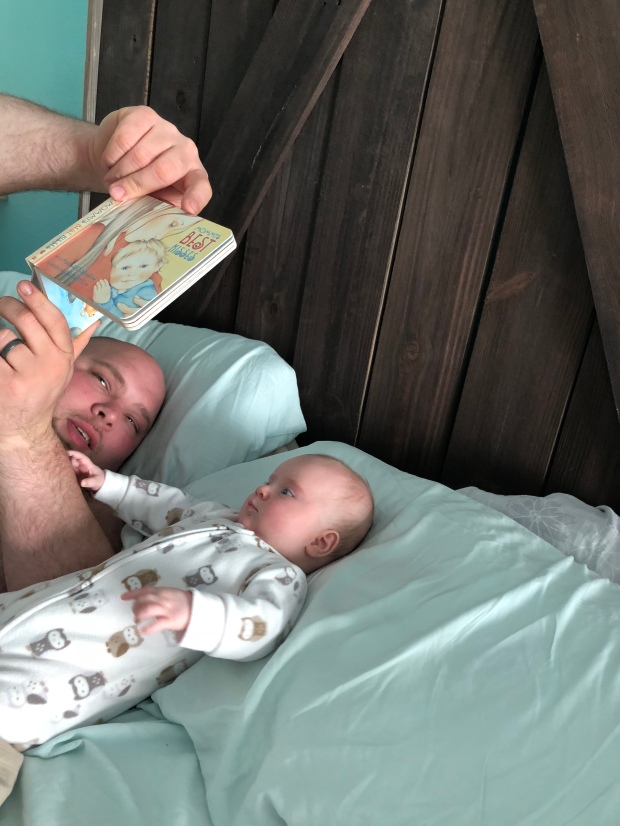 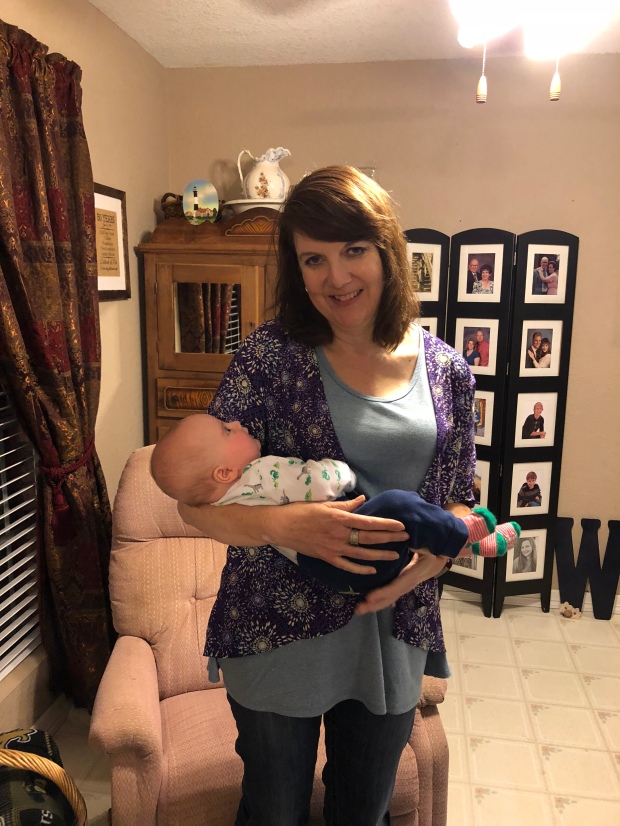 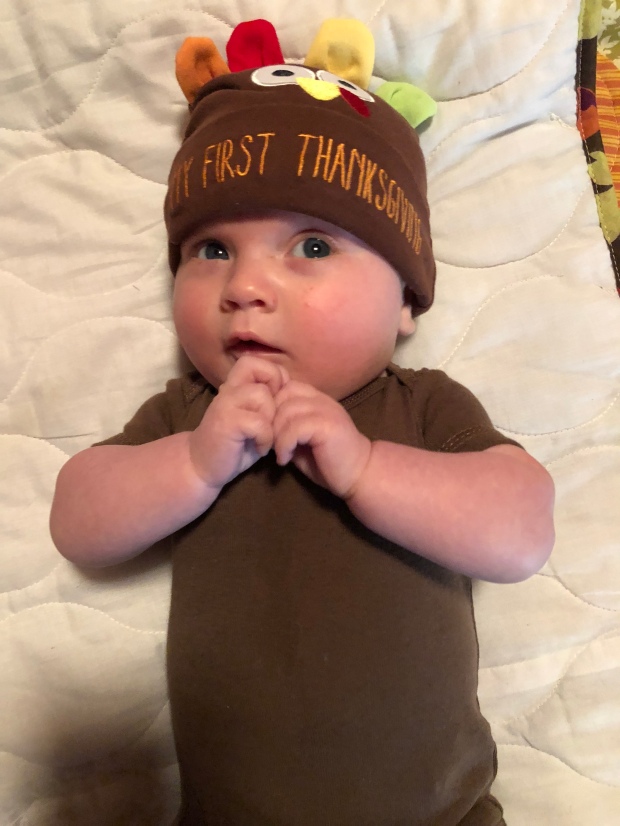 Coming next is a Blog about Natalie!!

I love partnering with small businesses by reviewing their products & services. If you are a small business owner and you are interested in being featured, please contact me via email.